To Bully or Not To Bully – That is the Question! 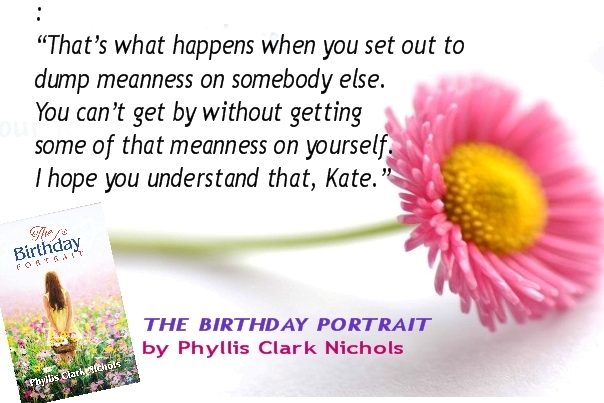 Readers often ask writers where we get the ideas for our stories. What I’m about to write is somewhat of a confession and somewhat of an answer to where I got the idea for a scene in THE BIRTHDAY PORTRAIT. That scene is where Kate became a bully to deal with a bully. Not a good idea, but unfortunately, Kate learned from me.

Once upon a time a long time ago, I was a scrawny, but brainy, pip-squeak of a seventh grader. That was the grade where we started having different teachers for different subjects, but we stayed with our homeroom class all day. There was a bully in my class who picked on girls, and he sat right behind me in two classes. He would go to the pencil sharpener several times a day. And on his way down the aisles, he would ball up his fist, with this middle-finger-knuckle protruding, and he would pop two or three girls’ arms as he walked by. All the girls in my class walked around with bruised upper arms. When one of my friends told the teacher, the teacher said, “Oh, that’s just a boy’s way of showing he likes you.” Made no sense to me.

Well, the third time I came home with a bruise, Mama went into action. She sat me down and wanted details. I told her. She informed me that this teacher needed to be informed, and she would be the one to inform him right after she called the boy’s parents. Oh, heavens, NO! Not Mama! Not at school talking to my teacher. I begged. I cried. She gave in a little and said she’d give me a chance to fix it myself but that it was up to me to figure out how to do it.

I didn’t want Mama in my seventh grade classroom having a talk with my teacher. No way would I outlive that embarrassment, and all my friends would make fun of me. I would do ANYTHING to keep that from happening. So, I began to figure. Tattling to the homeroom teacher again was useless. My friend had tried it. I had attempted staring the bully down before, and I even tried being nice—both about as effective as mopping a floor with a Q-tip. I lost sleep over how to solve this problem, but I finally figured it out.

Now, let me digress a bit. Back in those days, girls wore dresses and skirts and sweaters, with matching knee socks to school. No slacks or jeans. It was winter, so loafers (remember Weejuns?) were the fashion trend to go with those knee socks that usually came well above my knees unless I rolled them down. Now, I didn’t have just ordinary loafers. Remember, I was the shortest person in my class, so I got the loafers with a stacked wooden heel to give me at least another inch. I needed it. 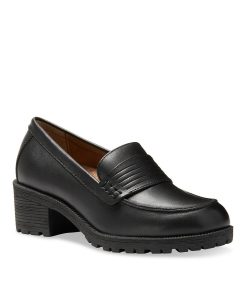 Now, back to my story. Right after lunch, we returned to our homeroom class, back to the teacher who thought the bully was flirtatious—the same teacher who insisted we lay our heads down on our desks for a few minutes to rest. For goodness sake, we were seventh graders. He was the one who needed the rest period. His nap made him oblivious to the note-passing and spit-wad war going on across the room. We had learned to be quiet and kept our heads down. This was my chance, my totally-out-of-character-chance. The bully’s head was down and the teacher’s eyes were closed. My heart was beating like a hummingbird’s, and I was almost nauseous. This was going to bad, real bad, but not as bad as Mama coming to the schoolhouse.

I slipped off my loafer, held it as tightly as I could in my small hands, turned in my desk, raised my arms as high as I could and brought them down. I hit that bully square on his head while he wasn’t looking. Stacked wooden heels against a hard head make for loud noise, especially when the bully yells. Everyone in the classroom was looking and laughing, and the nameless teacher woke, realized what was happening and called us both to the front.

The bully went first, tattling like a sissy and showing the teacher the growing lump on his head. I put on my shoe and walked calmly to the teacher’s desk. To defend myself, I pulled up my sweater sleeve, showed the teacher my bruises and owned up to my righteous act. And right after that, I let her rip—to the teacher, to the bully, to the whole class. I felt a bit like Joan of Arc, taking up the defense of every girl in our class with purple bumps on her arms. You would have thought I was a Baptist preacher or a politician. I still don’t know where that speech came from, but it worked. Or maybe it was just the part where I told the teacher about Mama and what she might do and that she was going to call the bully’s mother. The teacher decided that our evil deeds were on par with each other and did nothing except to send the bully to the cafeteria for ice. I never got another bruise on my arm, and I never shied away from staring that bully down when he looked at me. But honestly, I felt miserable about what I did and still do.

As I said, Kate learned from me. Her intentions were noble when she gave Eric the elbow for humiliating a poor boy in her class, but our methods were shy of virtuous. Mama was not proud of what I had done.

And like me, Kate learned some lessons about bullying. I gave pen to those. When Kate came home and faced Granny Grace with what she had done, Granny gave a wise reply. “Girl, I’m glad what made you angry made you angry. That kind of behavior towards another human being should make every one of us angry. I’m especially glad you stood up for that poor little boy, but you weren’t so smart about it. Next time, think about it a little longer. You don’t fight ignorance and indifference with your elbow, Katherine Joy, not even if you want to and his name is Eric, you hear?”

And Kate got another talking to at the supper table as her daddy explained the situation to her little brother, Chesler. “Yes, she bloodied Eric’s nose, and she dumped spaghetti on him and herself. That’s what happens when you set out to dump meanness on somebody else. You can’t get by without getting some of that meanness on yourself. I hope you understand that, Kate.” 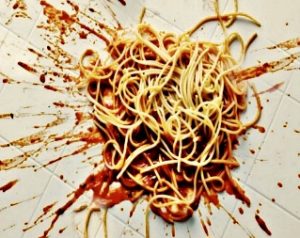 Bullying can get messy.

Meanness is plain messy any way you look at it. I wish I had never taken my shoe off. I wish there were no bullies in the world. Just be kind. You never know when you’ll show up in someone else’s story, even fifty years later.