The Unexpected Making of New Friend 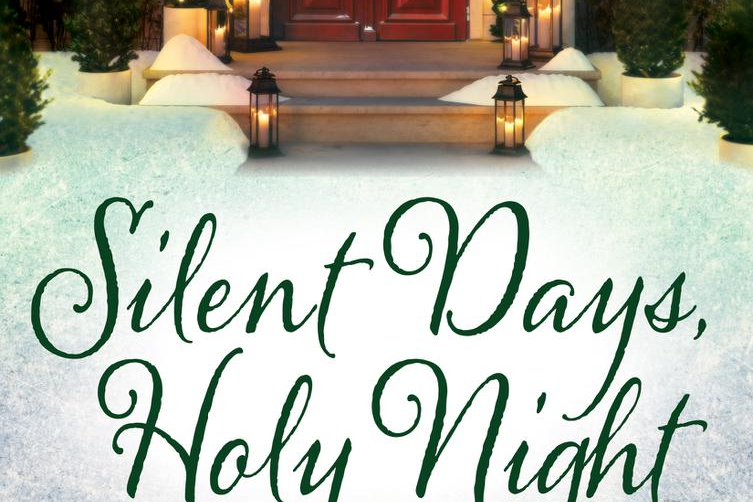 I’d really like to give you a bit of the inside picture into the writer’s life. Writers have challenges and creative opportunities along the way in writing the story and in the process of getting a book into the hands of a reader. After the manuscript is completed and off to the publisher, then the editing process starts. Then comes finding ways to help the reader the discover the book.

I’m blessed to have a creative husband who creates book trailers for each book I’ve written. The videos quickly give the essence of the story in pictures. When I wrote the script for the trailer for SILENT DAYS, HOLY NIGHT and Bill began to choose photos and making video, I began to think about the background music. It’s far better to choose music in public domain, which means you don’t have to worry about the rights or paying licensing fees.

Unfortunately, I had my heart set on the newer tune to “I Heard the Bells on Christmas Day.” That tune is lush and filled with yearning, and l knew it would lend itself to arranging so easily. So with my heart set on that tune alone, I began my research only to find that the tune was not in public domain and the rights belonged to St. Nicholas Music in New York City. Further digging revealed that the composer of the tune was Johnny Marks, the same musician who wrote “Rudolph, the Red-Nosed Reindeer,” “Rockin’ Around the Christmas Tree,” and “A Holly, Jolly Christmas.” That was quite a serendipity. 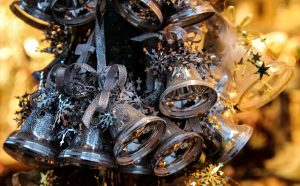 I looked up the number to St. Nicholas Music, made the call, and surprisingly made a new friend. His name is Michael Marks, son of the composer and the attorney who handles all the music rights to his father’s work. A delightful conversation with him revealed that his father and I had something in common. Johnny Marks was a very gifted musician who never set out to write Christmas songs just as I didn’t set out with a goal to be a writer of Christmas books. Nonetheless, Marks gained his success with those first few tunes. I learned also that the tune he wrote to “I Heard the Bells on Christmas Day” was one of his favorites. Like Julia when she met Mr. Lafferty and became his friend in SILENT DAYS, HOLY NIGHT, I never expected to make a new friend with a phone call.

I was granted the rights to use this tune, so I began studying the video Bill had created and arranging phrases of the tune to fit the pictures. A few hours later, we recorded the music, and Bill laid the track down with the video. I’m telling you – it’s absolutely amazing what that man can do with an iPhone and his computer.

I asked Mr. Marks to preview it before it went public, and he loved it and is now reading his signed copy of SILENT DAYS, HOLY NIGHT. So, when you’re driving in Christmas traffic listening to “Rudolph,” and you’re having a jolly Christmas rocking around your Christmas tree, I hope it will remind you of the “I Heard the Bells on Christmas Day” coming from the pen of the same composer. Would you take just a moment to watch the video trailer? Allow the pictures and the music to invite you through the doors of Emerald Crest and the lives of Julia and Mr. Lafferty, and then I do hope you’ll read this story of life-defining moments and acts of kindness. As you now know, the writer’s work is not finished when THE END is typed.