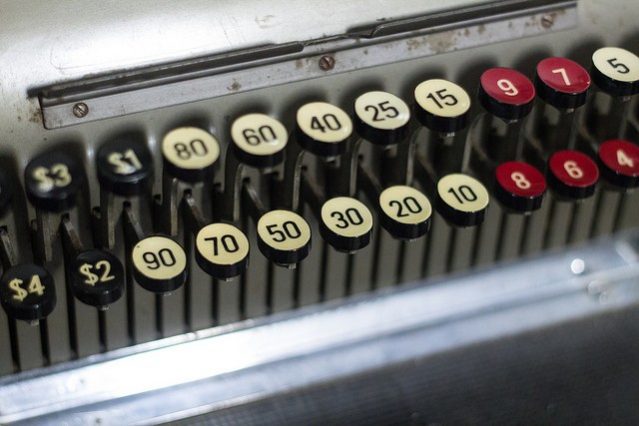 I’ve heard it said that grandchildren are our reward for not having killed our own kids. I’m not certain that’s true, but they are indeed gifts. They make us laugh, bring a tender tear, and keep the sparkle of wonderment in our aging eyes.

A while back, we had our granddaughters for a fun day of shopping, eating, and dominoes. We picked them up mid-morning with a plan to stop at Costco before taking them to lunch. On the drive, Kylie, the youngest one, opened her pink purse in the backseat and proceeded to show me all of its contents. She was tickled pink with rose-colored lip gloss — which was really glorified chap stick in a pink package. Next came the bottle of scented body spray which makes one’s skin glisten. She sprayed herself until she would glow in the dark and smelled like a fruit salad. Then came the dark glasses and finally her pink wallet.

Kylie proceeded to pull out one-dollar bills and said she wanted to go to the mall. I wondered if I even knew what a mall was when I was six. When I thought about it, I realized there wasn’t any such thing as a mall when I was six. I thought that discussion was over when I explained that our car didn’t really know the way to the mall.

“No problem.” Kylie looked at her older sister, Samantha, and said, “Sissie, tell Granddad how to drive this car to the mall.”

During our half hour at Costco, I learned eighteen ways that a six-year-old contortionist could push, pull and ride in an oversized shopping cart, even between thirty rolls of toilet paper and a case of soy milk. She had seen nothing at Costco that interested her, but she enjoyed the ride. When we finished shopping and returned to the car, Kylie started the “mall talk” again. We told her mall-shopping was not on our to-do list that day, and that she had missed her opportunity to buy something at Costco.

Then she asked, “When you buy something at Costco, do they give your money back?”

“No. No store does that. When you buy something, you pay for it, and they don’t give your money back,” I said.

“Well they do at the mall, and I want to go to a store that gives me my money back.”

Now that’s a concept, who wouldn’t want to shop at a store where you get your merchandise and your money back?

Then the light came on. Kylie meant to get change back. She thought they were giving her money back. To her, money was money — no differentiation in value. It didn’t matter as long as she got money back. We had a fun time explaining that one.

Sent me to pondering again. I could think of but one place where we get back more than we put in. That place is called Service. Service is open and available every day and more items to choose from than you can imagine. When we give ourselves to others, we always get back more than we give. That’s how serving and blessings work. Can’t beat that — not even at the mall.