ANOTHER TRIP AROUND THE SUN 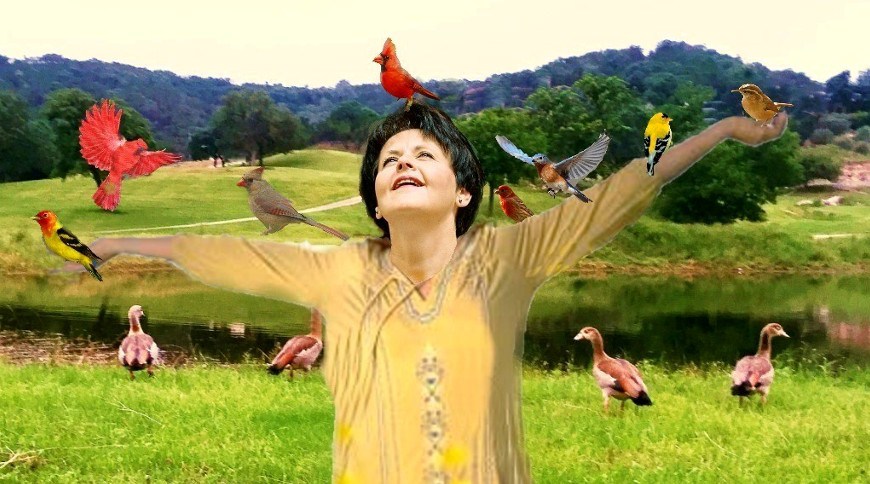 It’s the last day of September. Can it be? I haven’t even bought the Tootsie Rolls for Halloween, and Christmas decorations are on store shelves. But I LOVE September –it just whispers autumn. The shadows from the setting sun are cast a bit earlier, the mornings are slightly cooler, and the angle of the sun coming through the windows is farther south. I wait for those indicators like a racehorse waits for the gun to fire. At the first sign, I get out the dried corn, the woodcarved pumpkins, and the straw cornucopias and change the throw pillows and comforters. So with the house all dressed-up for autumn, we sweat while the house looks cozy and smells of pumpkin spice candles. A girl can dream, can’t she?

Some other gifts delivered this September were that spectacular lunar eclipse and another birthday, meaning I’ve made one more trip around the sun. However, I’ve had so many birthdays, honestly, they’re just not as much fun as they used to be. I find I’d much rather plan and execute someone else’s birthday celebration than blowing out my own candles. I’m just before making the same announcement to my family that my sweet elderly friend made to her family when she turned ninety, “If I can’t eat it, then please don’t give it to me.” Shopping for her was easy. What she liked most involved chocolate and peanuts and caramel. Come to think of it, that’s not far from what I like most. One trip down the candy aisle, and life is good.

I don’t mean to sound like a party-pooper because I’m not. I enjoy the phone calls and emails and treasure the cards. And there is one particular thing that I always look forward to . . . my birthday card from my husband. Hallmark Cards would be out of business if they depended on Bill. He’s a really fine artist and makes my card every year. I’ve kept each one of them. Occasionally on a wintry afternoon, I brew a cup of tea, grab my red chenille throw pillow, get comfy on the floor, open my Treasure Box, and read those cards. They’re like a biography of our love. Now he’s hosted a couple of real surprise parties, and he’s produced a video that brought some laughter and ears, and I’ve had lots of lovely dinners, but these cards are the best.

This year was no different. It was so much fun I decided to share it with you, at least the front of it. He included all my favorite birds and even those honking geese who found a new home. When I asked him, “How did you do that?” He just smiled, winked, and said, “It’s a secret.” But I think it has something to do with his artistic skill and photoshop. It really doesn’t matter how he did it. What matters is THAT he did it. He took time and thought to create something just for me. That’s the gift. Everyone is glad and grateful for the gift of someone’s time and attention.

Well, I’ve started another trip around the sun.  I’d like to think that I’ll be as generous with my time as Bill was. I wonder what I’ll see on this orbit. Oh, I imagine there’ll be some high-flying days and some days on the High Seas, but I’m certain there’ll be some bumps in the road, too, and a couple of afternoons in my Treasure Box. But it seems what I treasure most, of late, is the extraordinary gift of an ordinary day, especially in September.